I have been working in other industries for the past several years. During that time, I lost track of my freelance writing clients, contacts, and portfolios. Now, I’m working back toward the freedom and independence of the freelance writing lifestyle. That said, I’m nearly at ground zero. So I have to remember how I did it the first time, and do it again.

Some time back I realized, after 10 years in the It industry, I hated it, and my job. I was writing my first novel, The WifeCycle, at the time. After weighing all the options and the pros and cons and doing some research, I decided to quit my job at a state university, and move to Europe to become a freelance writer, and author.

Wow! It was a big step and many of my friends and family thought I was crazy for doing it. Giving up a great job with guaranteed income and security for a very unpredictable lifestyle, financial situation, and life? I must have lost my marbles,but I hadn’t. I knew I wanted to be in the freelance writing industry and I knew I wanted to publish my books.

Freelance Writing – Stepping into the Arena

I did move to Europe, and I lived there for six years. While there I took a course to teach English, which I did 20 hours per week for the first couple years while I finished my novel. Yes, I moved to Prague to finish my novel…and I did. Then I wrote three more. Well, two more with the fourth nearly done. While doing all that I started freelance writing.

Freelance Writing as a Career

And I got extremely lucky. My very first client, became an eight year gig. That’s not generally how freelance writing works, but it did. I wrote at ReelSEO (now TubularInsights see my author profile there) for a long, long time. Meanwhile, I was doing other freelance writing projects for a variety of clients (my old portfolio) in verticals like IT, SaaS, hospitality, video games, mobile technology, journalism, and more.

For years freelance writing was all I did. I woke up, made coffee, checked email, then started writing. From time to time I would search elance.com for quick projects, new clients, or other interesting projects. My freelance writing career was great, and I made a living. I could work as little or as much as I wanted, and I did.

Freelance Writing as a Secondary Income

Then, as life is wont to do. Things changed. Freelance writing became a secondary source of income a few years after I returned to America. I wanted to buy a house and I needed a couple years of sustained, legitimate income complete with W-2s and all that. So I took a day job and pushed freelance writing to the side. I still did it here and there, but the main thrust of my energy and source of income came from another job. This downward spiral continued for nearly six years until I finally threw off the yoke of the day job and realized that what I should have been doing, and what I wanted to do, was freelance writing.

Now, I’m back in the freelance writing game, full time. Sure, I’ve got a couple side gigs that I pick and choose and do from time to time. But the majority of my time, my energy and my thought process is to rebuild my freelance writing career. To get it back to the level it was before and surpass even that.

The game has changed. The sites have evolved. elance is gone and is now Upwork. Luckily, I was able to salvage some of the information from my profile there and get it into my portfolio on Upwork. 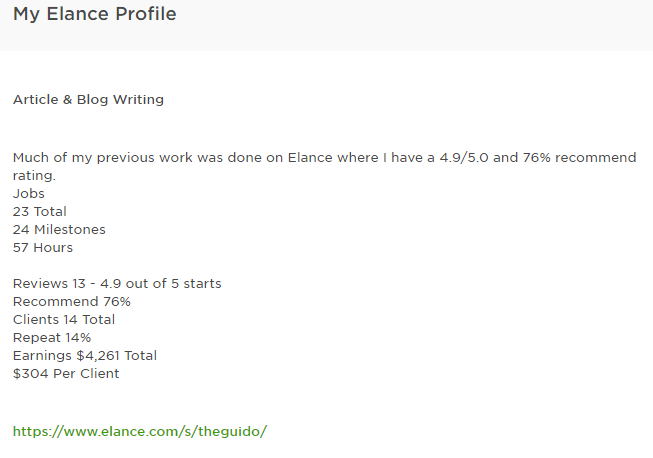 Unfortunately, it seems the old link to elance is gone so I now have to work with what I have. Since things have moved on in the world I also decided to sign up for Fiverr. 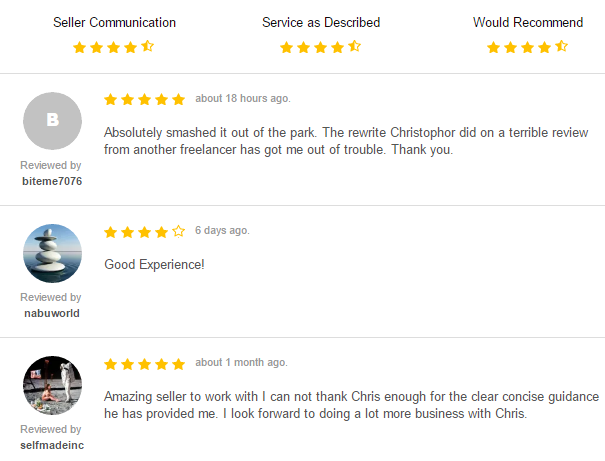 The problem I see there is that it devalues some work. So I have to pick and choose clients and submit lots of proposals. People seem to think that because it’s called fiverr that they can get anything for five bucks. Not true. You get what you pay for with freelance writers, as I recently wrote in another article, Freelance Writers – Spotting the Real Deal.

So here I am, writing about freelance writing, again. I’ve even done some free-ish work lately to help drive some client traffic to my doorstep, via Simbi. It’s an interesting marketplace with a virtual sort of currency. But it’s hard to judge if I’m getting what I’m worth, and Simbi coins don’t pay the rent yet.

Interested in getting a quote? Drop me a line below.

Have a Project? I can help!