After the chaotic events of the first night in Greenest the players finally had a well-deserved long rest. (This recovers all HP and spell slots for game mechanic purposes and refreshes them to begin adventuring again.) This also marks the first session where the players were split out of the mega-group into separate groups. This is the first session of the Dragon group.

The morning of 25 Eleasias opened with the party waking to discover that half of their number from the night before were still asleep. While those who had woken were having a morning meal, Governor Nighthill approached and asked them if they would like to be in his employ for a specific set of tasks, starting with trailing the marauders and finding out whatever they could about the group. While the Governor was willing to pay up to 250gp per person, Simon’s big mouth lowered the offered pay to 200gp each before it could even be offered. The town also offered the group a pair of draft horses and managed to wrangle up a handful of healing potions, in case they meet some trouble. 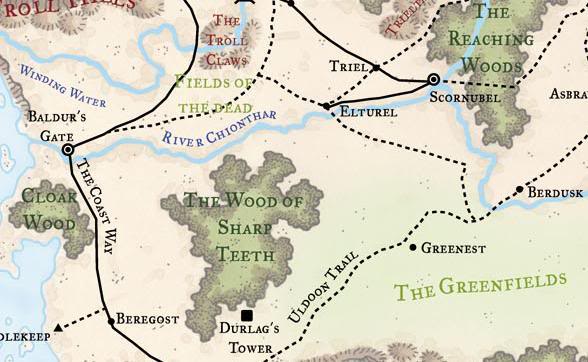 The trail of the raiders left off to the southeast and was easy enough to follow considering that it was made by more than a hundred feet laden with loot taken from the townsfolk. As the party traveled across the Greenfields they noticed, on occasion, some strange creatures moving in the opposite direction, though none came within range.

Late in the afternoon of the first day the party happened upon a group of what appeared to be stragglers who tired of carrying their bags of loot and stopped for the day. The group was split between humans and kobolds and they all seemed to be squabbling over who would get the better portion of the meager prairie hen dinner that was being cooked over their small fire. Bob and Shalix moved into flanking positions with the rest of the group coming up after them. The halflings decided that the best course of action would be to fire arrows into the group and then run for it.

That plan, actually worked, as the rest of the party came over a hill just in 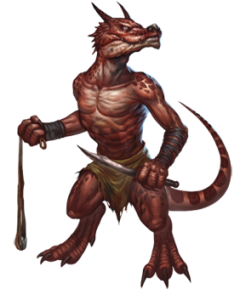 time to see Shalix run past them with part of the enemy group in tow. combat ensued and through his arcane prowess, Simon ended up looking like one of the enemies, and a kobold was captured to gather information from him, in exchange for food.

The kobold was more than happy to point the party in the direction of the meeting place and give them a rough outline of where the camp was “2 days by feet!” The party also recovered six bags of stolen loot which was packed up onto the draft horses in hopes to be returned to Greenest.

After releasing their kobold captive and telling him to run for the hills to the west, the group continued on to the southeast until nightfall when they camped. During the night some strange creatures were again seen moving in a northwesterly direction, but none approached the camp or party. The next day, the party once again took up the trail and followed after the raiders.

A nature hollow in the landscape made for, what one player described as “the perfect place for an ambush,” and… it was, which they found out in the next session.