So the groups had assembled and the story was getting underway. Since the first couple game sessions had the group together in the mega-group they followed the same story and so I will recount that tale here prior to breaking them out into their own separate group session recaps.

On the evening of 24 Eleasias in the year 1499 Dale Reckoning, something was afoot in the town of Greenest. The only town on the only road through the Greenfields, it was not uncommon for caravans to stack up for rest and resupply. 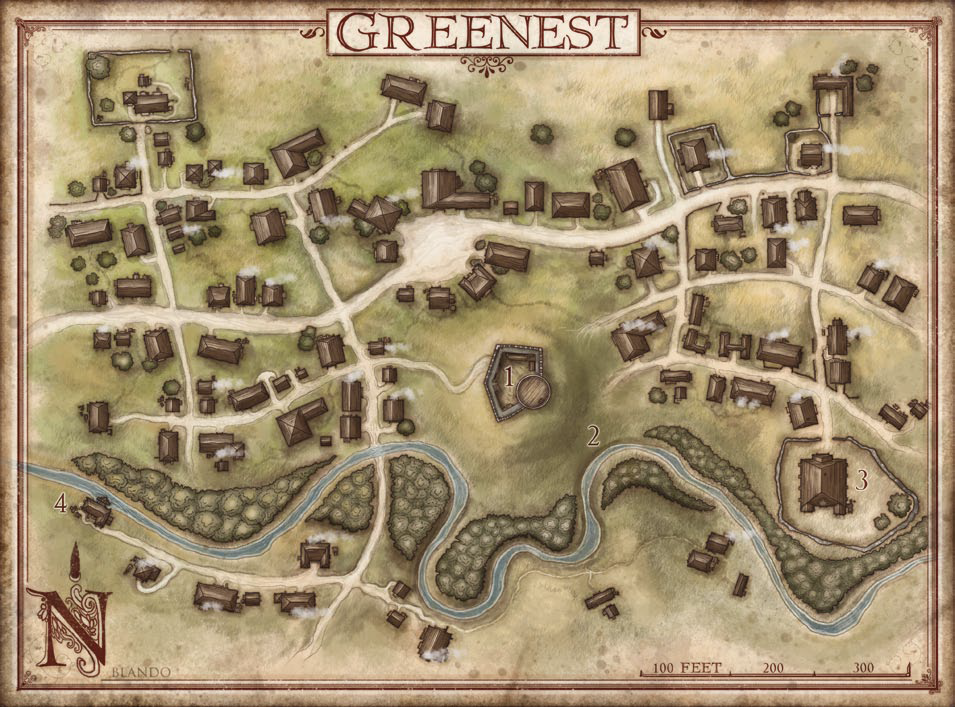 However, this evening was different entirely, the caravans stopped on the eastern edge of town because the town appeared to be under siege and on fire and apparently, under attack by a dragon!

As the caravans decided how best to proceed a family ran from between two buildings and into a clearing nearby. They were pursued by a group of filthy kobolds, a plight on the face of Faerun if ever there were one. A group of bold adventurers, a mix of caravan guards and passengers, leapt to action and assisted the family by besting the kobolds in quick combat. The woman, Linan Swift and her family are extremely grateful to the group and gives them information about the town of Greenest, including the fact that there is a small fortified keep in the center of town. She, her husband Cuth, and their three children are alive because of the actions of the group.

The newly minted heroes decided that the need was great and for the good of Greenest they should attempt to make their way through the town to the keep at its center and offer their assistance. With that in mind the group followed the small stream that ran along the southern edge of the town in hopes of avoiding more marauders. Alas, that plan was put awry when they came upon a group of kobolds who were patrolling the area with several Ambush Drakes. Combat was met, and once again the party came out the other side alive and successful. As they continued to make their way toward the keep they faced off against yet another small band of kobolds who met their demise as well.

Finally, the keep was within sight, however the enemy was creating a cordon around it and if they did not move fast they would be stuck outside and need to fight their way in. A quick sprint and some combat-on-the-run gave the players the upper hand and allowed them to easily reach the front gate of the keep where they were given entrance by the town militia manning it.

Upon entering they saw that the militia was quite possibly outmatched, if not for the high, strong walls around them presently. The group, clearly being adventurers of some sort, was brought to the attention of Governor Tarbaw Nighthill, the leader of Greenest. Seeking him out they also meet the castellan Escobert the Red, a shield dwarf of loud demeanor and bright red hair (hence his name).

Nighthill thanks the adventurers for saving the Swift family and helping them arrive in the keep and asks if they would be willing to help further during this, Greenest’s more dire time. The party agrees and Nighthill states that a group of townsfolk are held up in the mill with marauders circling. If they could reach the mill and save the people, as well as the contents of the mill, he would be greatly appreciative. He points them in the direction of Escobert who can assist them in making a quick egress from the keep, hopefully unnoticed by the enemies at the gates.

Escobert tells them of an old escape tunnel that lets out the back side of the keep down by the river and the group and he go in search of the entrance. Upon finding it buried in crates which are quickly removed, Escobert unlocks the door and allows the party entrance. “A guard’ll be set here fer when you return, ta make sure tha’ tis you and no mangy kobolds,” he says as the party enters the tunnel.

The combined talents of the group allow for the old rusted gate on the other side to be cleaned via a prestidigitation spell and unlocked by the skill of Shalix Nanfoodle, a halfling who seems to have a stealthy way about him. 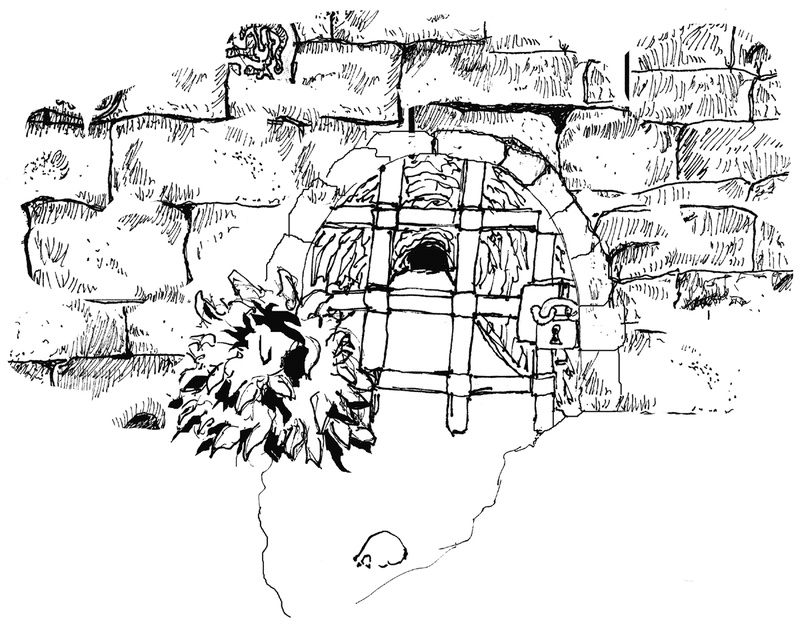 Upon exiting the tunnel the party does in fact find themselves near the river and can see some few hundred feet away the mill, outlined in flames of torches surrounding it. They slowly, and quietly make their way through the darkness and arrive at the mill, which is indeed surrounded by the enemy who seem to be playing at lighting it on fire and taunting those inside.