The next session opened where the previous left off. The newly assembled band of daring adventurers had arrived at the mill and they were briefly scouting out the situation. There was a field stone wall around the place with an opening where the road led to the mill. Around the mill were marauders with torches that seemed to be in no hurry to light the place up, oddly.

The party didn’t hesitate and leapt over the wall and into the fray. Eventually, they subdued the bad guys – with one having his head pinned to his knee by an amazing arrow shot. Coming round the corner of the mill the adventurers met up with another small group of adventurers (new players) who were also fighting the marauders.

After clarification of everyone’s intentions the doors on the mill were thrown open and combat began, almost instantly. 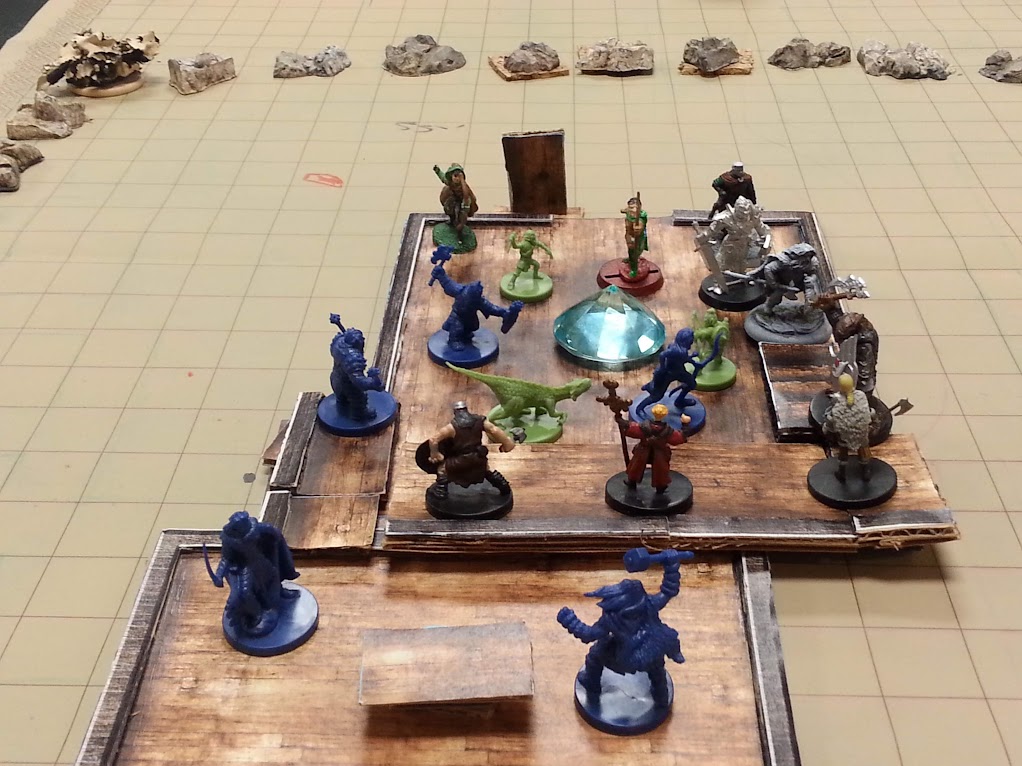 After having started fighting, one of the party members says “Gee, I sure hope these people aren’t villagers that we should be saving.”

After a minute someone voiced concern about whether they were killing villagers or bad guys. The bad guys in the mill ended that discussion with arrows. Beorn, the dwarven cleric of Tempus, the Lord of

Battles, used his divine magical powers to call down sacred flame onto an enemy, with a surprising result. The flame caused a small explosion because of all the particulate matter in the air and did more damage than expected, to both the enemies, and to some of the grain still in the mill.

After a brief fight they bested the enemies and even managed to capture a prisoner. When they moved into the office area of the mill they found the mill manager there hiding from the enemies. After a brief discussion and a tallying of the fight she announced that roughly 13% of the grain had been damaged beyond use.

The militia showed up and was apprised of the situation to wit the captain said “well, we’ll probably lose about 13% of the town’s citizens anyway…” which did not go over too well with some of the other militia members. Charge of the prisoner and the mill was given to the militia and the adventurers made their way back to the keep to give Governor Nighthill an update.

While back at the keep and discussing the situation with the Governor the party met the quartermaster for the militia, a gnome named Zook Timbers, who was a genius when it came to repairing all manner of arms and armor.

During the conversation with the governor the raiders circling the keep had bashed their way in through a sally port (a small door around the side of the keep used for the defenders to exit and harry the edges of any enemy force at the front gates). The overzealous enemies had broken in the door and a small group of them entered into the sally port chamber attached to the sally port. 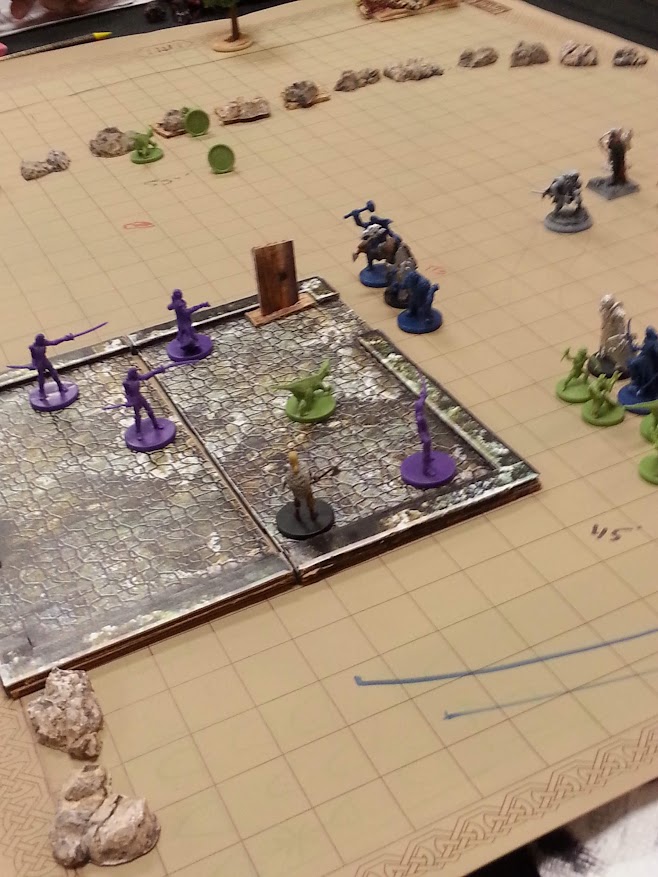 Enemies break in through the sally port

The militia was pressed hard and so the adventurers waded into the battle. Through some poor positioning and some bad luck, an arrow from a friend struck Beorn in the back as he stood in the doorway to the chamber and faced off against an enemy.

Eventually, the enemies were beaten back outside the walls and the sally port was able to be barricaded and a watch set on it to ensure no further incursions from the enemy.

With the magic users having cast most of their spells and the melee fighters having taken some damage, it was decided that the party would take a brief rest before going back out into the town to save more villagers.