Day 2 started at 9.27 when my body decided it was time to wake up and get moving. Where it wanted to get moving to, I have no idea as there really was no where that needed me to be there. Nonetheless, up we got. Can’t be lollygagging around all day in bed now can we?

When a project ends for a freelancer they know that they need to get moving on finding new ones either from existing clientele or from potential clients, even if they are small, quick projects. Income is necessary and so the thought when I woke was to start looking for new projects and clients today. Of course, I never got round to it. It’s not that I had a million other things to do, even though I could have done anything I wanted really. I have a good handle on my finances so I know it’s not extremely urgent that I get back to full speed on working just yet. As a freelancer, the most important thing you can do for yourself is put some money away just in case. I like to keep two months of bills in savings, three if things have been really good.

So What Did I Do?

That’s a good question really. I did not look for new clientele, this we already know. I also did not re-organize the recently re-organized home office space because that is still organized. I did finish some crafting of some 2.5D terrain I need for tomorrow’s Dungeons and Dragons game. That took an hour or two probably.

When I got out of bed and made my coffee, I actually did what I had been doing nearly every weekday for the last 10 months, I did some work for the client. Sure, they’re cutting off the project tomorrow and I’m pretty much doing it for free at this point, but I have my reasons.

Basically, what I did for the client today, is in line with what the pitched proposal 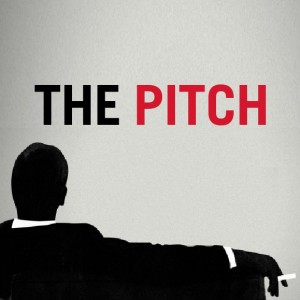 includes. This is because I sent them the proposal today and wanted to make sure that nothing fell through the cracks in the meanwhile. It wouldn’t do for the whole social media presence I’d been building up to simply stop. That makes people curious and right now I don’t want the audience curious. I want them to see the status quo, posts every couple hours, new releases (because it’s Tuesday) along with details, other tangentially related stuff with some witty comments and calls for interaction. If I didn’t do any of that, people might take notice. The last thing you want people to do is start looking behind the social media magic curtain and find out that things are on fire.

So I did the minimum today in a small portion of time this morning to make sure that things are still on track. Then in the afternoon, I realized I had missed a bit and so went and finished that up. It’s Tuesday after all, new release day.

The Rest of the Day

The weather was nice today, almost 50 degrees. I had contemplated taking the motorcycle out (bikes could be heard passing by every so often), but I see it’s going to be warmer later this week. So instead, I finished a library book and dropped it and another in the return. Then I headed to Starbuck’s Coffee because I needed coffee, in the whole bean form for the house. I also wanted to do some reading and have a quick bite as I realized I was peckish (I did eat breakfast. Two avocado halves with eggs in them, seasoned and baked. Good stuff, and the avocado help eliminate bad cholesterol and increase the good – yum!). 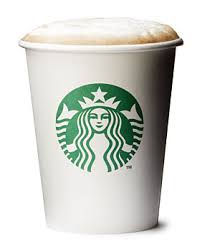 With chai latte in hand and a turkey & Havarti sandwich I set down to read through some other library books I had. I finished one and started on the second – they’re graphic novels, not all that hard to read in an hour. Since I finished one I headed back to the library and dropped that off and grabbed another. I did some quick catalog searches for other stuff to no avail. Then I decided I’d take a walk.

I figured if I was going to take a walk, the dogs might as well take a walk with me. It’s not that I enjoy the dogs’ company, they’re not mine, it’s just that it seemed silly to go and not take them as they could probably use the exercise what with being cooped up in the apartment all the time. After the walk I headed over to pick up the baby from the sitter – my father and step-mother – and then took her home. The baby was tired and wanted a nap but didn’t, you know how it goes, they’re sleepy but don’t want to sleep. Eventually, I got her to sleep on my chest, read some of a book about dungeons traps and such (again for D&D, not my personal dungeon) and then made dinner for myself.

In essence, I had a day of involuntary vacation, and it was quite nice. However, that’s the real danger of being a freelancer. With no work to be done, it’s easy to fill a day with a million other things that don’t need to be done immediately but are more fun than going and seeking out new clients. I told myself that tomorrow, I would at least begin looking for new clients and a new project. Of course, tomorrow evening is D&D and so I have a half dozen other things I need to do in order to be ready to run that. Still, there’s plenty of hours in the day, or so it seems.